The Fallacies Of Moving Average Crossovers 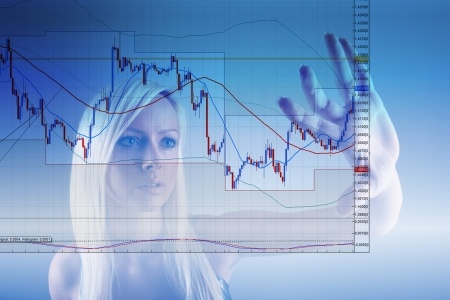 The moving average crossover is probably the most widely known trading strategy to the general public. It is documented in literally thousands of technical analysis books, used by the famous Turtle traders and mentioned countless times on mainstream financial media – yet it is fundamentally flawed in today’s markets.

The main problem is its a “reactive” rather than “predictive” way of trading. The method assumes that momentum will continue after a crossover with no thought to the current conditions of the market.

The following chart shows the 50 and 200 moving averages crossing on a daily GBPUSD chart. The yellow dots indicate where the crossovers occurred. At first sight it looks like this might be a great strategy…

However the above chart is very deceiving. Let’s look at the same chart, but this time I have added vertical lines to project where the price actually was when the MAs crossed. The red circles indicate the earliest opportunity you could have entered each trade. On most occasions the entries were a long way from the crossover signals. In one case, the crossover would have caused you to enter at the worst possible time!

Moving average crossovers will work in strong trending markets, but the above ranging price action is more typical of the markets nowadays, where retail traders often get chopped up.

Let’s visit a zoomed in segment of that chart again, but this time I’ll add some supply and demand zones.

Suddenly the picture starts to get a lot clearer. We have a very good idea of where price may bounce – at a return to an area where there are institutional buyers or sellers. Compare that to the very late entries provided by the MA crossovers. The MA crossover is espoused by the same camp who believe “the trend is your friend” and you shouldn’t trade reversals because it’s equivalent to “catching a falling knife”. These blanket phrases are meaningless without applying them to the context of the current market action.

The problems that plague moving averages can be applied to indicators in general. However complex or craftily coded they may be, no indicator can predict the future of the market – they all follow price!

And remember… these markets (especially Forex and Crypto) range a great deal of the time. It’s during these periods that traders will hand back most (or all) of their hard earned gains. This is when indicators are likely to give one false signal after another leading to traders emptying their accounts

Of course, supply and demand zones are not infallible. There are reasons why some fail and some work better than others. To really do well at supply and demand trading, you must understand bias, market structure and the advanced techniques that I teach right here.

So what to do now with that pile of technical analysis indicator books that are gathering dust on the shelf? I’ll let you decide 😉 but you’ll be amazed how easier trading becomes once you clear those indicators off your charts!

If you would like to learn more about my strategy including advanced supply & demand concepts, how the smart money manipulates the market, and how to apply these concepts to Forex, Stock Indices, Commodities and Crypto Currencies, then head on over to my course pages below:

The best selling Supply & Demand course on Udemy has found a new home on this website!
Learn More
THE ORIGINAL

These advanced video lectures build on the foundations of the first course and teach my proprietary trading strategies.
Learn More
NEW

Are You Making These Common Mistakes With Supply & Demand?
February 22, 2019
Go to Top
We use cookies on our website to give you the most relevant experience by remembering your preferences and repeat visits. By continuing to browse or clicking “Accept”, you consent to the use of ALL the cookies.
Cookie settingsACCEPT
Manage consent

This website uses cookies to improve your experience while you navigate through the website. Out of these, the cookies that are categorized as necessary are stored on your browser as they are essential for the working of basic functionalities of the website, including being able to purchase and access courses. We also use third-party cookies that help us analyze and understand how you use this website. These cookies will be stored in your browser only with your consent. You also have the option to opt-out of these cookies. But opting out of some of these cookies will affect your browsing experience and ability to view course content.
Necessary Always Enabled
Necessary cookies are absolutely essential for the website to function properly. These cookies ensure basic functionalities and security features of the website, anonymously.
Functional
Functional cookies help to perform certain functionalities like sharing the content of the website on social media platforms, collect feedbacks, and other third-party features.
Performance
Performance cookies are used to understand and analyze the key performance indexes of the website which helps in delivering a better user experience for the visitors.
Analytics
Analytical cookies are used to understand how visitors interact with the website. These cookies help provide information on metrics the number of visitors, bounce rate, traffic source, etc.
Advertisement
Advertisement cookies are used to provide visitors with relevant ads and marketing campaigns. These cookies track visitors across websites and collect information to provide customized ads.
Others
Other uncategorized cookies are those that are being analyzed and have not been classified into a category as yet.
SAVE & ACCEPT 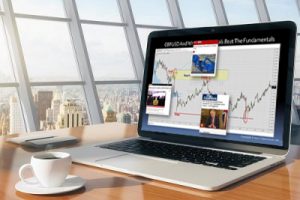